To date, SIRI is the latest project where I followed the installation till after oil production had started. SIRI is a jack-up platform standing on top of an oil tank on the seabed. Depth approx 60 metres ( 180 ft). Production capacity is about 50.000 barrels of oil per day. SIRI is located on the Danish continental shelf. SIRI is a breakthrough in new, low cost designs for the north sea. Oil prices were as low as USD 12 per barrel in those days. I am a bit sorry to see that some of the cost-cutting technologies used on Siri has not been used for later projects considering the success of Siri. This was my last offshore job while working for Kvaerner. After Siri, I joined the Grane project for conseptual studies, but I left Kvaerner before Grane left the engineering office...

One of the legs being installed on SIRI at the Kvaerner yard in Stavanger. We always thought SIRI had tiny legs, but being made of solid steel, they where strong enough. 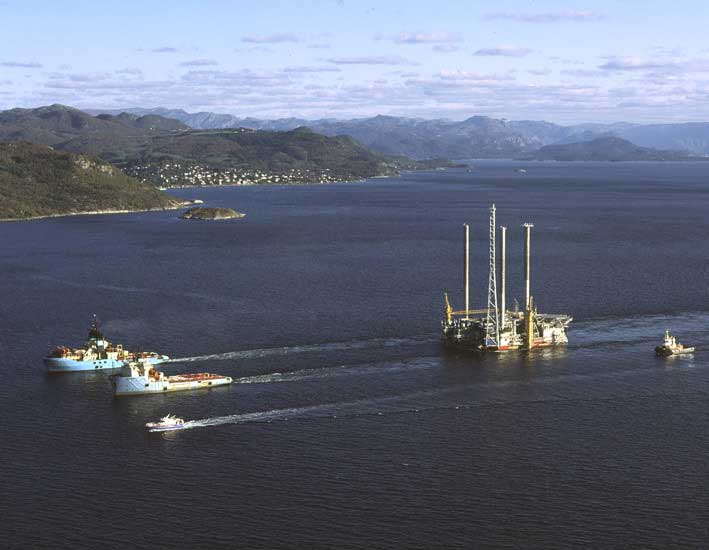 SIRI on it's way out the fjord from the yard in Stavanger, where it was built. I am on board one of the tugs, ready to board SIRI when in position to start generators and electrical systems. This power is needed for jacking the platform, and for general lighting and other uses. 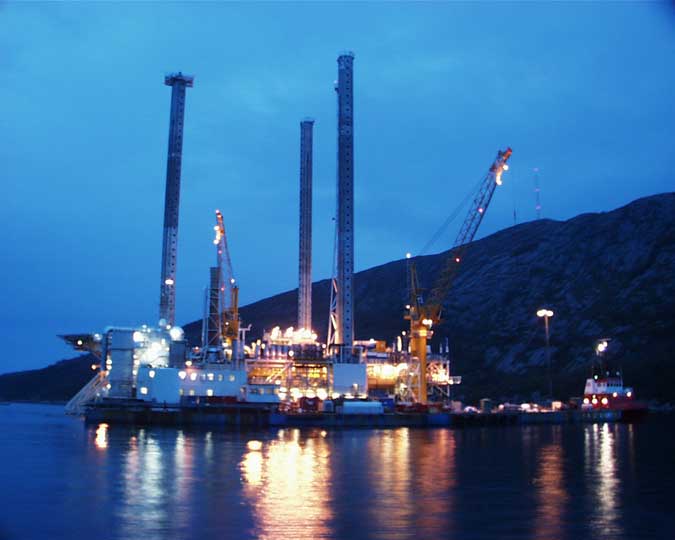 Weather turned bad, and we had to tow her back to a safe and quiet Norwegian fjord. The legs are pointing into the sky, and during installation, the entire platform will climb up on these.

On the third attempt, weather was cooperating, and SIRI is jacked up next to the drilling rig preparing the wells. The wellheads with x-mas trees are on SIRI, and the drilling rig skids the derrick above SIRI to work down in the wells. An X-mas tree is a unit with several valves and instruments sitting on top of each well. Here you can open valves to let oil up, measure conditions in the well, and put different tools into the well. 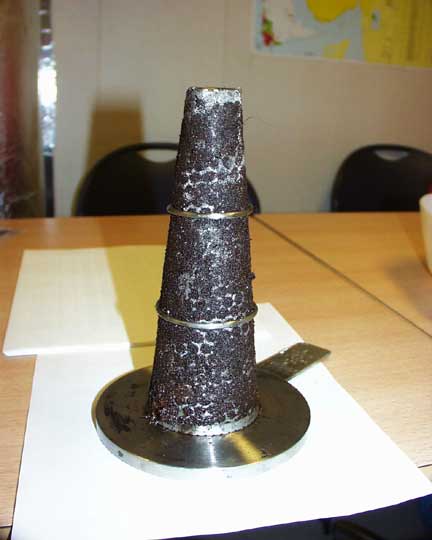 Bad luck. We got a supply of diesel of poor quality and had no diesel processing equipment on board. A bacterium that eats diesel was allowed to grow, and clogged fuel filters like this. Not a pleasant job to get rid of. Diesel is used to run generators when the platform gas production is not running. The main gas turbine generator can run on both natural gas and diesel. 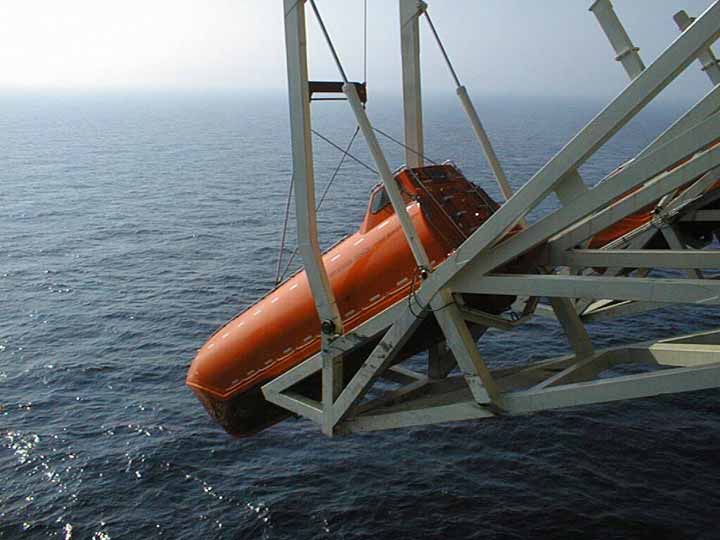 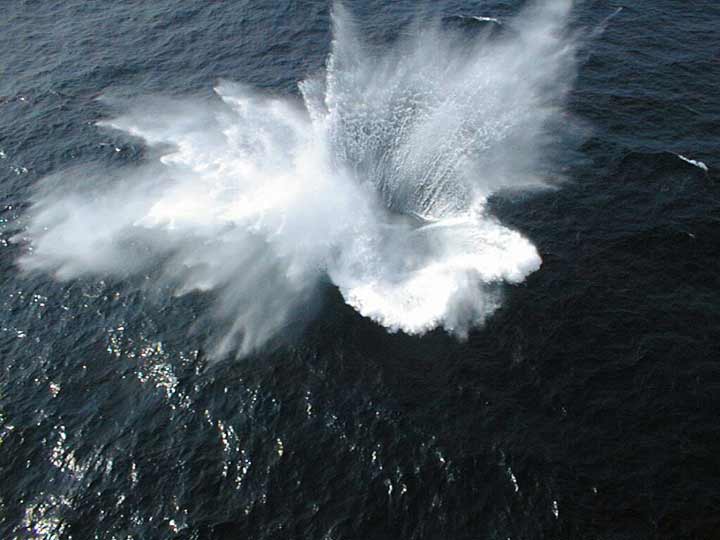 The two pictures above is from a test of one of the lifeboats, that is of a type that is released, slides off and dives into the sea. In this way, it can get away from the platform very quickly, and does not rely on any devices or systems on the platform to get away. Inside, you are thoroughly buckled up, and your stomach makes a turn when it goes. The impact is not as hard as you might think. 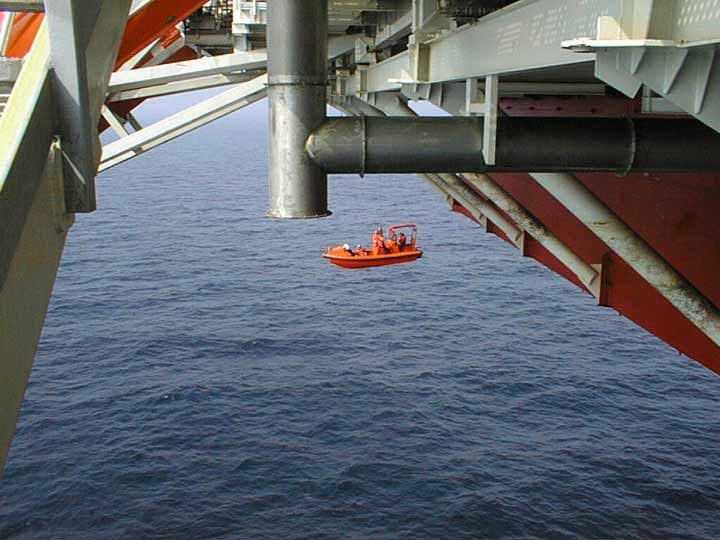 A man overboard boat can also be launched, in case there is an emergency on the surface of the sea.

Well, that's all about my work with Kvaerner. I also have a formal CV on my site. Note that my work-related pages contains several pictures taken by others using an on-board digital camera.