DeepVision was a very interesting project, and was more a research and development project than the other projects I have worked on. When drilling for oil, mud is pumped down into the well, and drilling debris with small rocks up to 1 inch will return back to the drilling platform. When drilling in deep water (up to 10,000 ft/3000m) the weight of the drilling mud column from the surface down to the bottom of the well becomes enormous, causing a very high pressure on the casing inside the drilling well. The casing is a set of steel pipes permanently installed inside the well to prevent oil and drilling mud from escaping into the rock formations. Casing is the "wall" of the well. To reduce this pressure and allow a simpler casing, the idea with DeepVision was to put an electric pump on the seabed to pump the mud back to the surface. Challenges: To pump mud containing rocks up to 1 inch size with high pressure, and to put an electric motor with variable speed on the seabed to drive the pump. 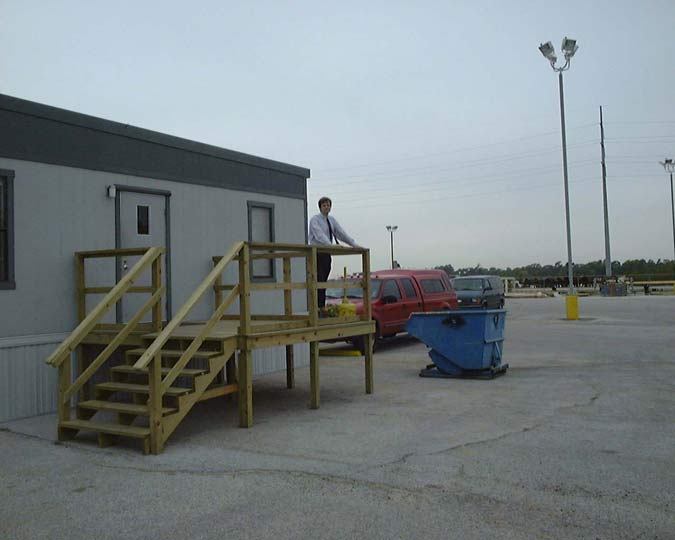 Our trailer-offices set up at what was planned to be the site for putting up the prototype. Americans are the best on putting up mobile units like these quickly, and they became a nice office. It was later decided to put up the prototype elsewhere, and I have no pictures of this. I left the project when we had the prototype up and running. My main focus here were the electrical components, and in particular the long cable from the frequency converter on the platform down to the electric motor on the seabed. I also designed a cable simulator to be used during the prototype tests. It is not practical to have 2 mile of high voltage cable coiled up at the test-site. 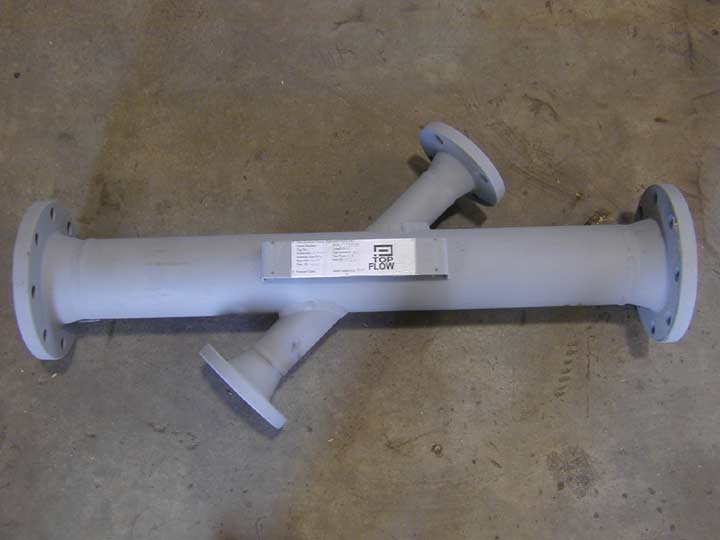 Another study I did for DeepVision was to look at ultrasonic flowmeters to measure the flow of drilling mud return on the seabed. Ultrasonic flowmeters usually have transducers that clamp onto the pipe without penetrating it. Ultrasound is transmitted into the flow inside, and the instrument uses the change in travel time (called "transit time") or the shift in ultrasound frequency (called Doppler) caused by the flow of particles inside. It is the same effect you experience when a train passes you - the sound from it has a higher frequency when it approaches then after it has passed you. We had access to a test-site where mud circulation was done to test different flowmeters, and one instrument using different signal processing was promising. Another supplier proposed a Z spool-piece like the one on the photo to bring the transducer closer to the mud-flow. The problem is the very weak signal on the receiving end. Returning mud is a challence for ultrasonic flowmeters. We did not get reliable readings, but never got around to test a combination of these technologies. May be the answer was there? However, time was running out, and another, more expensive technology was chosen for flowmeters for this project.